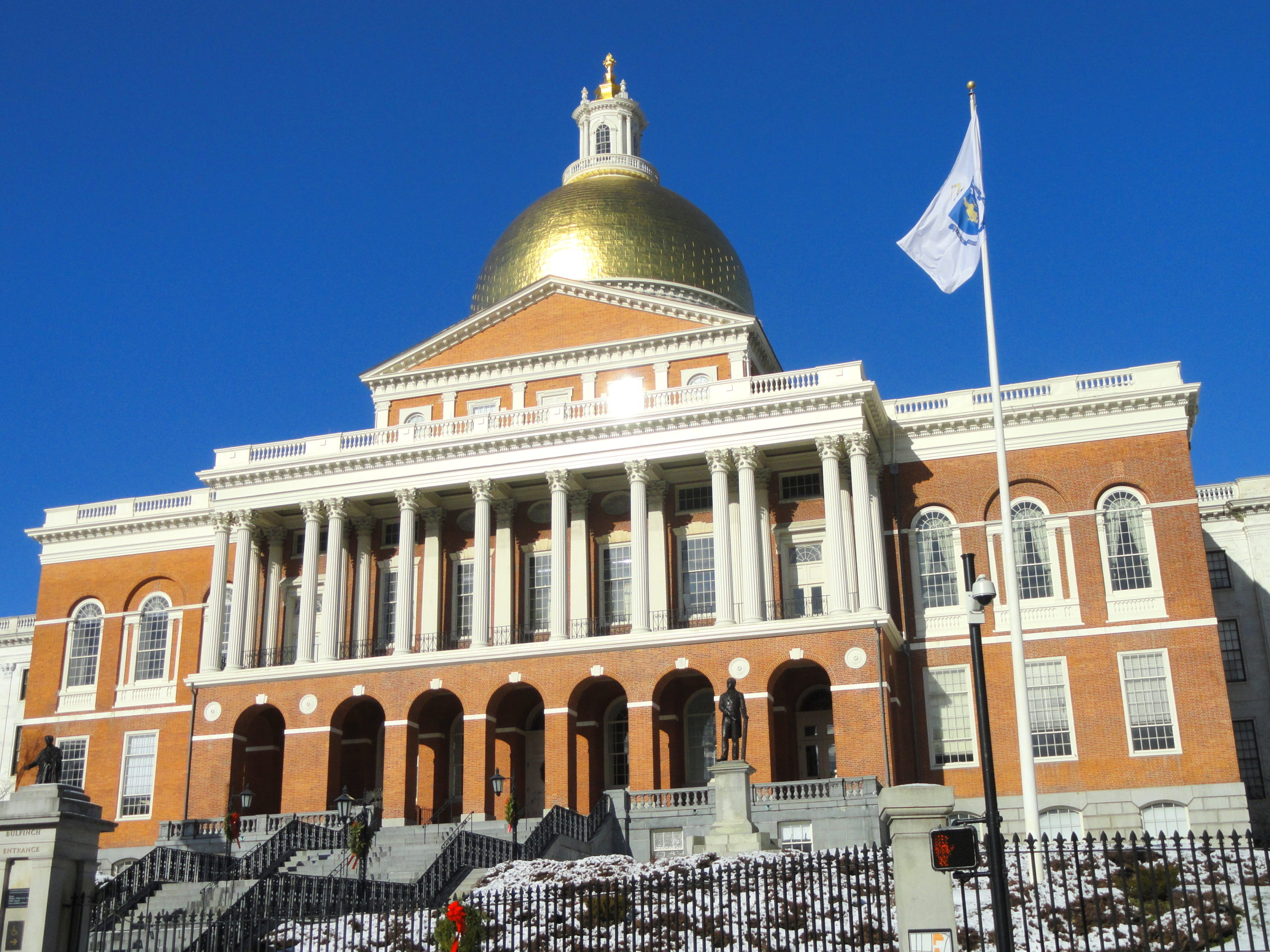 States rely on borrowing to manage their finances in good times and bad. Yet borrowing is not a substitute for raising the revenue needed for an economic recovery. Policymakers should look to raising progressive new revenues paired with limited borrowing to avoid cuts to critical public spending.

Since March, the coronavirus pandemic has made new public spending necessary to protect families, enable greater social distancing, reduce class sizes in school, strengthen public health, and provide countless other investments to combat the virus. At the same time, the virus and the resulting damage to the economy have reduced the amount of taxes that our Commonwealth collects. The uncertainty over future public resources has made it difficult for state and local governments to make new investments.
Public spending cuts at this time would be particularly damaging to the hardest-hit people and communities, who are disproportionately people of color, and will deepen and prolong the economic recession.

Borrowing plays an important but limited role in state finances

The Commonwealth of Massachusetts must balance its operating budget every year. State borrowing is tightly constrained by multiple sets of restrictions meant to reassure lenders that the Commonwealth will be able to pay its debts on time. The Commonwealth must demonstrate to those they borrow from, how anticipated future revenue will be available to repay any new debt.

Massachusetts and other states do not borrow money to patch holes in their budget for normal operations. An analysis by the Pew Charitable Trusts notes, “Creating a long-term liability — as with bonding — to pay for immediate, short-term operating costs is generally considered unsound practice, with potentially negative credit rating implications.”

Short-term and long-term borrowing are done for different reasons and are governed by different rules. Long-term borrowing is paid back in future budget years, usually by issuing state bonds that get paid back over decades. This borrowing is important for financing major capital investments such as infrastructure that will improve the Commonwealth over many years and benefit future taxpayers as well as current ones. The current recession makes it even more important for the Commonwealth to pursue these projects, which can also provide medium-term employment and stimulus to help Massachusetts sustain an economic recovery in the years ahead. But long-term borrowing is of little use for avoiding cuts and making new investments in the current Fiscal Year (FY) 2021 or upcoming FY 2022 budgets.

Short-term borrowing is more relevant for navigating the current budget challenges, though also of only limited use. The Commonwealth often engages in short-term borrowing to manage transitory cash-flow problems. Doing so doesn’t change what the Commonwealth can afford; but it can ensure that money is on hand when payments come due. The Massachusetts Constitution requires a two-thirds vote of the members of each house of the Legislature for any state borrowing that won’t be paid back out of the revenue from taxes or other sources during the year in which the loan is made.

Congress recently increased access to additional short-term borrowing in COVID-19 relief legislation passed in the spring. Massachusetts however, like almost every other state, has decided not to even make use of the new line of credit created by the U.S. Federal Reserve.[1] The credit line, which totals $7.86 billion for Massachusetts, would need to be paid back by the end of 2023 and carries a relatively high-interest rate.[2]

Making use of these short-term lines of credit can be helpful, though to the extent that they are used, more of the Commonwealth’s revenue in the next year or two will already be committed to paying off debt and less revenue will be available to support regular budget functions. Borrowing does not avert the need for new revenue to support the budget, it makes that revenue more necessary.

The Commonwealth’s revenue shortfall is unlikely to be short-lived. If Massachusetts’ last two recessions provide some guidance, in both cases it took six years for revenues to reach their pre-recession levels, after adjusting for inflation. The current recession is already much deeper than the past two recessions in terms of the decline in Gross Domestic Product (GDP) and employment.[4]

The single best solution to fill state revenue shortfalls would be from additional federal fiscal relief. Back in March, when the pandemic still seemed it might be short-lived, the federal government provided $2.67 billion to Massachusetts state and local governments through the Coronavirus Relief Fund. This federal fiscal relief could be used to reimburse new types of unanticipated spending to address the pandemic, but it explicitly could not be used to fill budget holes or backfill funding for most normally budgeted functions. At this point, it appears unlikely that sufficient federal fiscal relief will be available to fill the Commonwealth’s revenue shortfall in the near term.

Depending on how well the pandemic is contained, the trajectory of the economy, and the extent of federal fiscal relief, state lawmakers may be able to limit cuts to the FY 2021 budget. The FY 2022 budget, however, is likely to be a far greater challenge. Yet even level funding usually requires cutting programs in inflation-adjusted terms, as well as failing to accommodate growth in the population, and losing opportunities for better education and other improvements. Cuts to public spending such as laying off public employees and postponing contracts for public improvements is the surest way to slow down the economy and delay economic recovery.

“State borrowing does not avert the need for new revenue, it makes future revenue more necessary.”

Long-term borrowing isn’t a solution to upcoming budget challenges, but that shouldn’t stop the Commonwealth from issuing longer term debt for new capital investments that can help the economy and our public infrastructure over the long term. For instance, low-interest bonds that get back paid back over decades can be used to finance construction of new and improved schools, transportation facilities, and rural broadband. Doing so can directly create jobs and improve long-term economic productivity, equity, and quality of life.

In addition to federal fiscal relief, state Rainy Day Fund withdrawals may make it possible to stave off deep cuts in the FY 2021 budget, but the FY 2022 budget that begins in nine months is likely to be more difficult. Although borrowing won’t provide much budget relief, lawmakers can take other steps this year and next to invest in the Commonwealth rather than cutting public spending. For one thing, the Commonwealth can make use of our Rainy Day Fund, as we did during the Great Recession. The fund, which gets built up by state contributions during better economic times, is meant to be used in a disaster or an economic downturn. The fund contains $3.5 billion and can be an important tool during the recession if the Commonwealth makes withdrawals to supplement incoming revenue to support the budget.

More than anything, the Commonwealth has the ability to raise additional tax revenues as it has in past recessions. Collecting additional progressive taxes to protect Massachusetts public spending against cuts will advance economic recovery by ensuring that more funds will be spent now on goods and services in Massachusetts. This is a clear lesson from the Great Recession, that was also made in a recent letter sent by 91 Massachusetts economists to legislative leaders. A 2015 study by the Congressional Budget Office examining the Great Recession found, taxes have a net positive impact on the economy when they are used to support public spending during a recession. For every additional dollar of revenue raised from these taxes, economy activity drops by less than a dollar.[5] That’s especially the case when taxes are paid by high-income taxpayers who would not typically spend all their money. They usually save some. (This is all the more so during this pandemic-induced recession when people are spending less money on things like entertainment, travel, and restaurant meals due to health concerns). The same study found that each public dollar directly spent on public goods and services or aid to residents generated more than a dollar of economic activity when those dollars recirculated through the economy.

As a response to the pandemic and its damage to the economy, some state borrowing makes sense when paired with additional revenue. Borrowing is not a substitute for new revenue during the pandemic, though it can be a helpful complement.

[1] At this writing, Illinois is the only state that has borrowed from the Federal Reserve’s Municipal Liquidity Fund. Hawaii and New Jersey are also considering doing so.

[2] The Center on Budget and Policy Priorities has observed that the Federal Reserve’s Municipal Liquidity Fund (MLF) will provide little help to states, “the large majority of states and localities can borrow on more favorable terms in the financial markets than by borrowing directly from the MLF.”

[3] This borrowing has proceeded steadily since the pandemic. As of April 30th, the Commonwealth had issued about $900 million in short-term debt and $200 million in additional lines of credit were established. In May Massachusetts established a $1.75 billion line of credit with a consortium of banks that much be paid back by June 2021. This is not related to the Federal Reserve initiative. At the end of June, the Commonwealth began drawing down $500 million of that credit. In June the Commonwealth applied for future access to up to $2.17 billion from a long-established federal loan fund to replenish the state’s Unemployment Trust Fund balance as unprecedented claims for unemployment assistance make this balance negative. This negative balance is separate from the state budget. As of Sept 10th, the Commonwealth had already run up a $680 million balance. The debt is interest-free until the end of December and can be repaid over an extended time, with repayment largely funded through higher employer payroll contributions. On July 20th, the Treasurer’s Office issued a Request for Proposals to enlist an investment bank in helping the Commonwealth sell $1.5 billion of Revenue Anticipation Notes (RANS) to be paid back with anticipated future revenues between April and June 2021.

[4] Some financial agencies are forecasting an overall contraction of the economy in this year, with growth not fully restored to pre-pandemic levels even by the end of 2021. The Congressional Budget Office (CBO) has decreased its long-term projection of U.S. real GDP growth by an average of 3.4 percent on average through 2030.

[5] See Roosevelt Institute analysis of the CBO results at “Bolstering State Economies by Raising Progressive Taxes,” July 2020, page 9. The CBO study compared the effects on economic growth of the direct aid to state/local governments and the tax cuts in the 2009 American Recovery and Reinvestment Act. No one is proposing tax cuts to stimulate Massachusetts economic growth, because they would make balancing the state budget even more difficult. But the CBO results imply that raising taxes on high income people and using the revenue to preserve public spending would have a net positive impact on state economic growth, and using spending cuts to balance the budget a would have a net negative effect.