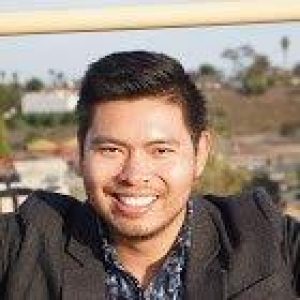 Jer Surla Vargas is the Bookkeeper & Office Manager for MassBudget. In this role, he is responsible for office administration/management and operations while also helping with scheduling for the President and the Board of Directors Budget and Finance Committee, accounting, human resources, IT, development, events, event-planning, logistics, ad hoc assignments, and special projects at the organization.

Previously, Jer was the Program Administrator for the Gender and Sexuality Center (GSC) at Brandeis University and the Program Director at the Hispanic Black Gay Coalition (HBGC). He ran day-to-day operations in addition to doing outreach, speaking at events, and representing HBGC at a variety of panels and functions. In his role with HBGC, he was responsible for all the organization’s programming including: the Youth Empowerment Conference, monthly men’s and women’s groups–BLAQ T and Sister Circle, and the disabled People of Color (POC) LGBTQIA+ group. Additionally, he also managed volunteers, facilitators, and interns.

Jeremy began his career in non-profit and health service settings in Los Angeles and Santa Monica, CA. Prior to his role at HBGC, he interned at the Massachusetts Department of Public Health, Beth Israel Deaconess Medical Center, and Hyde Square Task Force. Additionally, Jeremy did a three-year stint as an AmeriCorps Member including City Year, National Civilian Community Corps (NCCC) and HealthCorps.

He received his B.A. in English with specialization in American Cultures and Global Context and Women in Literature and minors in Education & Applied Psychology (emphasis) and LGBTQIA+ Studies from the University of California, Santa Barbara (UCSB). He also has a Masters in Macro Social Work from Boston College with a focus in Community Organizing, Policy, Programming, and Administration, specializing in Health/Mental Health and Leadership + Social Innovation. He is also a Licensed Certified Social Worker (LCSW).