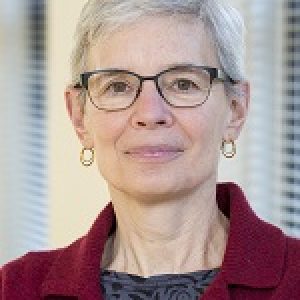 Mary Tittmann is Vice-President at the Massachusetts Budget and Policy Center. She also oversees organizational outreach and focuses on environmental and housing issues in the state budget.

Before joining MassBudget Mary worked with State Senator Jarrett T. Barrios first as his legislative director and then as chief of staff. Mary came to Beacon Hill through her work in local politics in Cambridge. Prior to moving to Massachusetts, Mary worked for the Economic Development Commission in the City of Chicago and spent ten years working on Capitol Hill in the US House of Representatives and the Office of Technology Assessment.

She has volunteered on numerous state and local political campaigns, helped found a parent’s group for the city’s public schools Cambridge United for Education, and served as Executive Director of the Cambridge Civic Association. Mary has a B.A. from Connecticut College and an M.A. in International Political Economy from the University of Chicago.

The Legislature’s Fiscal Year (FY) 2023 budget released earlier this week by the Conference Committee differs dramatically from both the House and Senate proposals in part because of its larger bottom line, which estimates tax collections of $39.58 billion, an increase of $2.66 billion or 7.2 percent.

Massachusetts’ Taxes Are About Average

Massachusetts currently has the highest per capita income of any state, but the Commonwealth lags many states when it comes to using those resources to support funding for education, health, human services, transportation and the like. Massachusetts is even below the national average.

Child care is in crisis. Here’s what’s being done about it – WBUR

“ Over two years into the pandemic, the state is still missing about 8,000 seats that it had pre-pandemic. “That’s a dynamic that we have …