Read our latest work shaping the debate on what our communities can look like when we make progressive investments.

October 6, 2021 Chairman Murphy, Chairman Crighton, and distinguished members of the Joint Committee on Financial Services: Thank you for the opportunity to testify on …

October 1, 2021 Chairman Rodrigues, Chairman Michelwitz, and distinguished members of the Joint Committee on Ways and Means: Thank you for the opportunity to testify …

October 1, 2021 Chairman Rodrigues, Chairman Michlewitz, and distinguished members of the Joint Committee on Ways and Means: Thank you for the opportunity to testify … 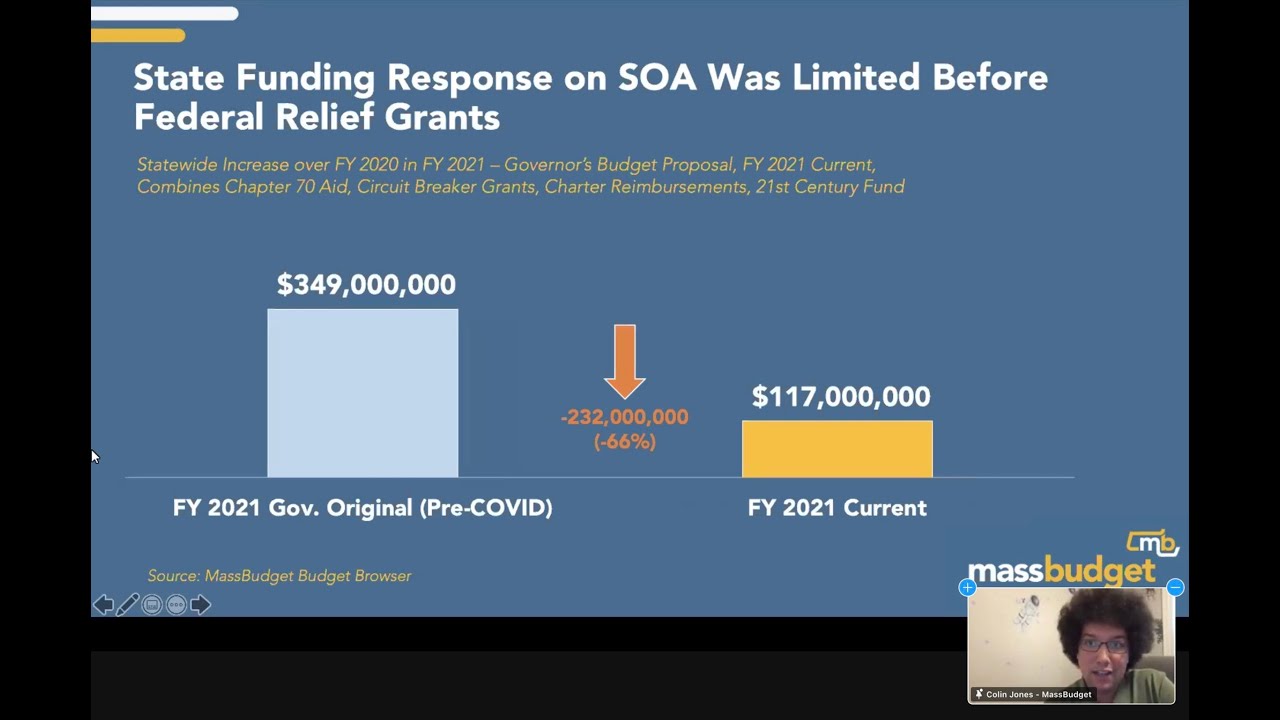 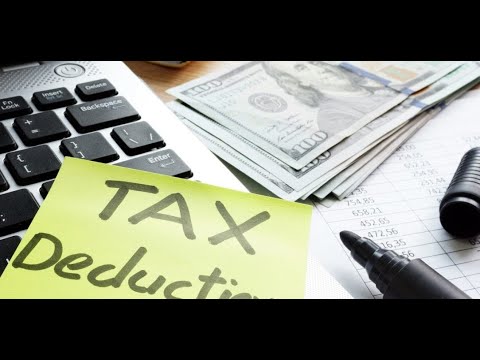 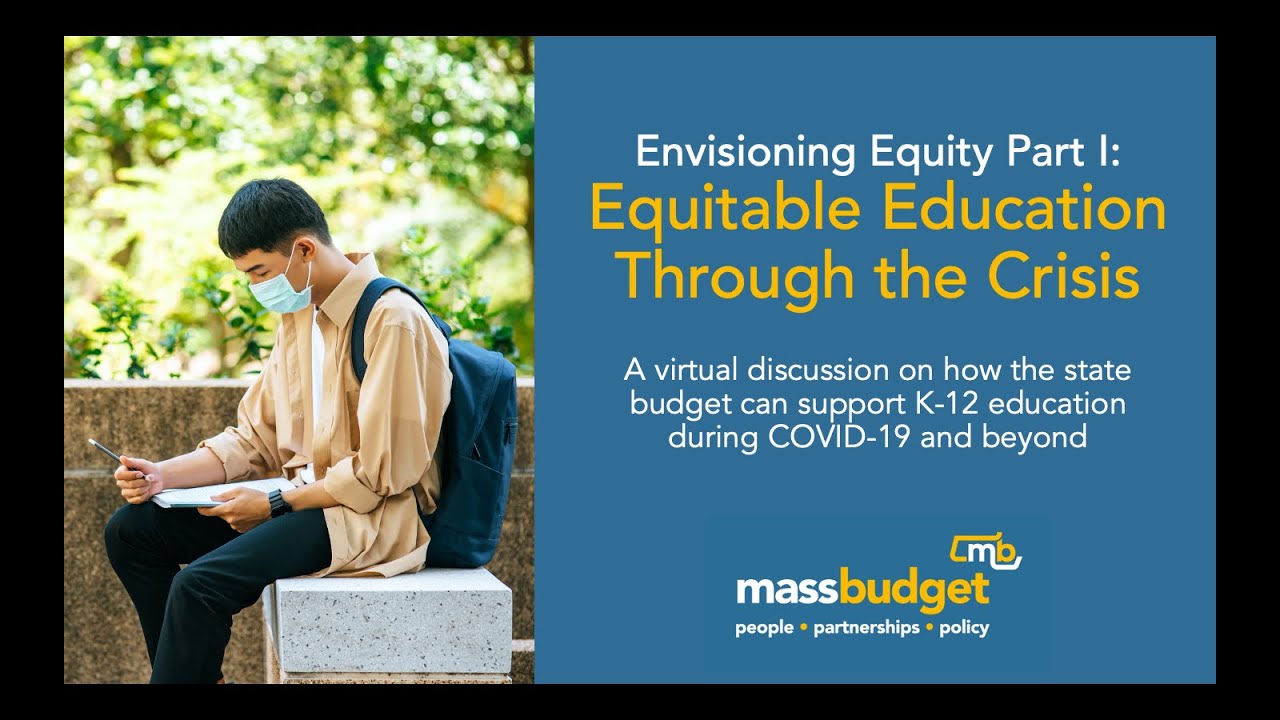 Envisioning Equity Part I: Equitable Education through the Crisis 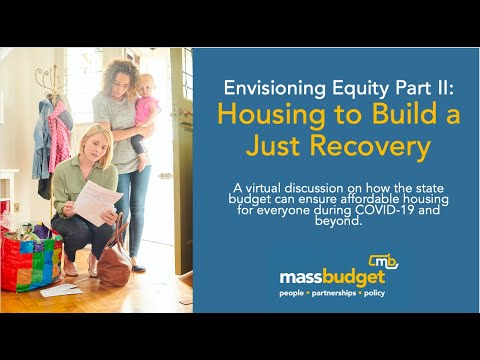 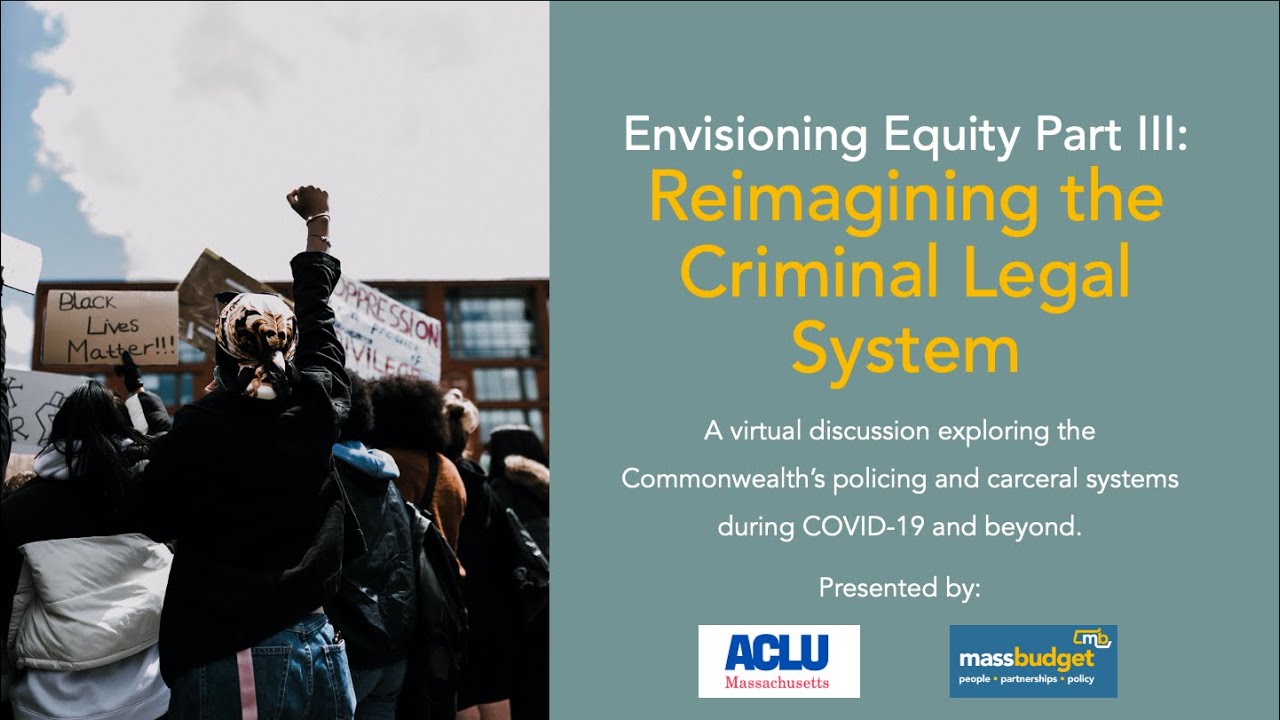 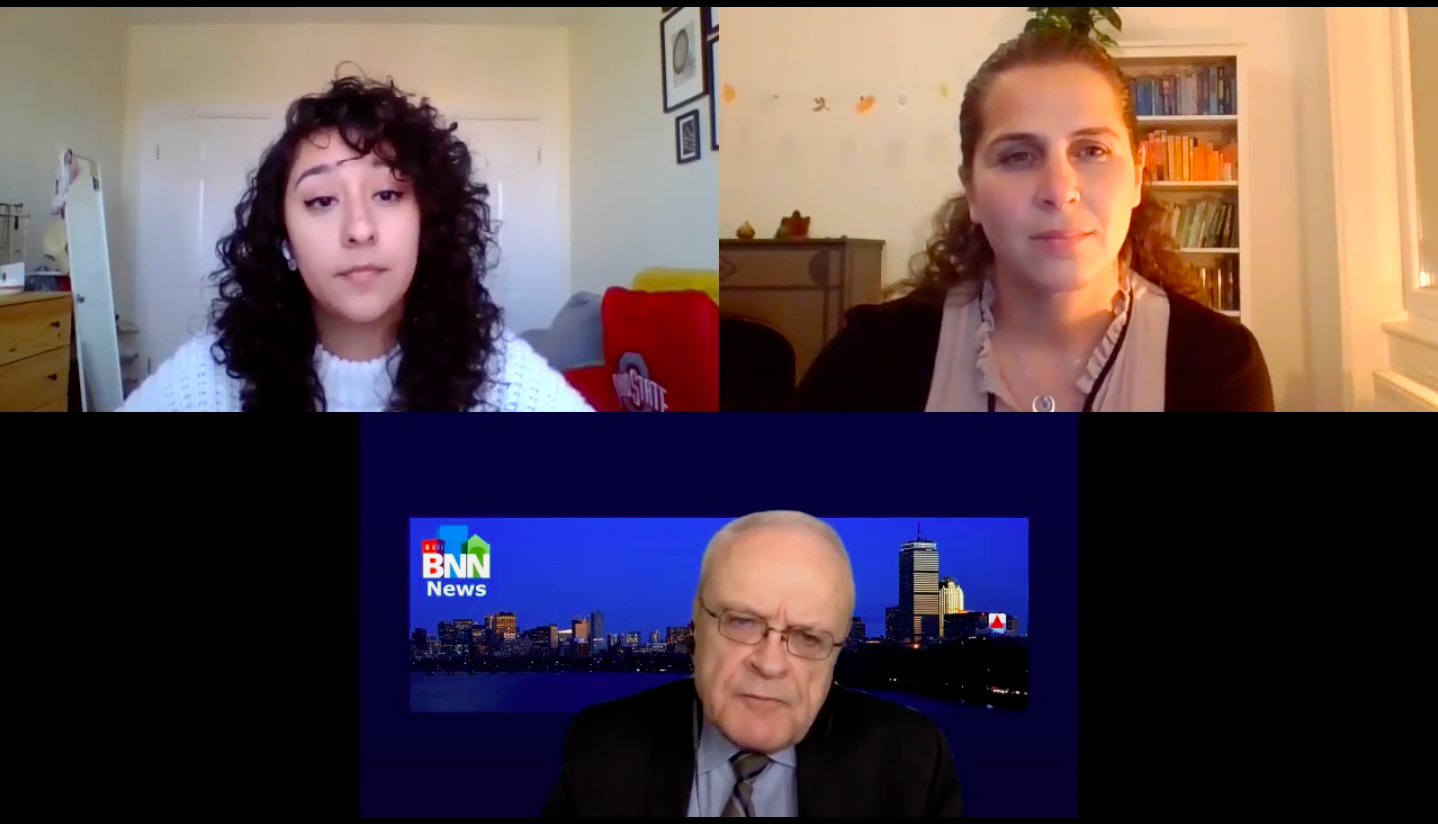 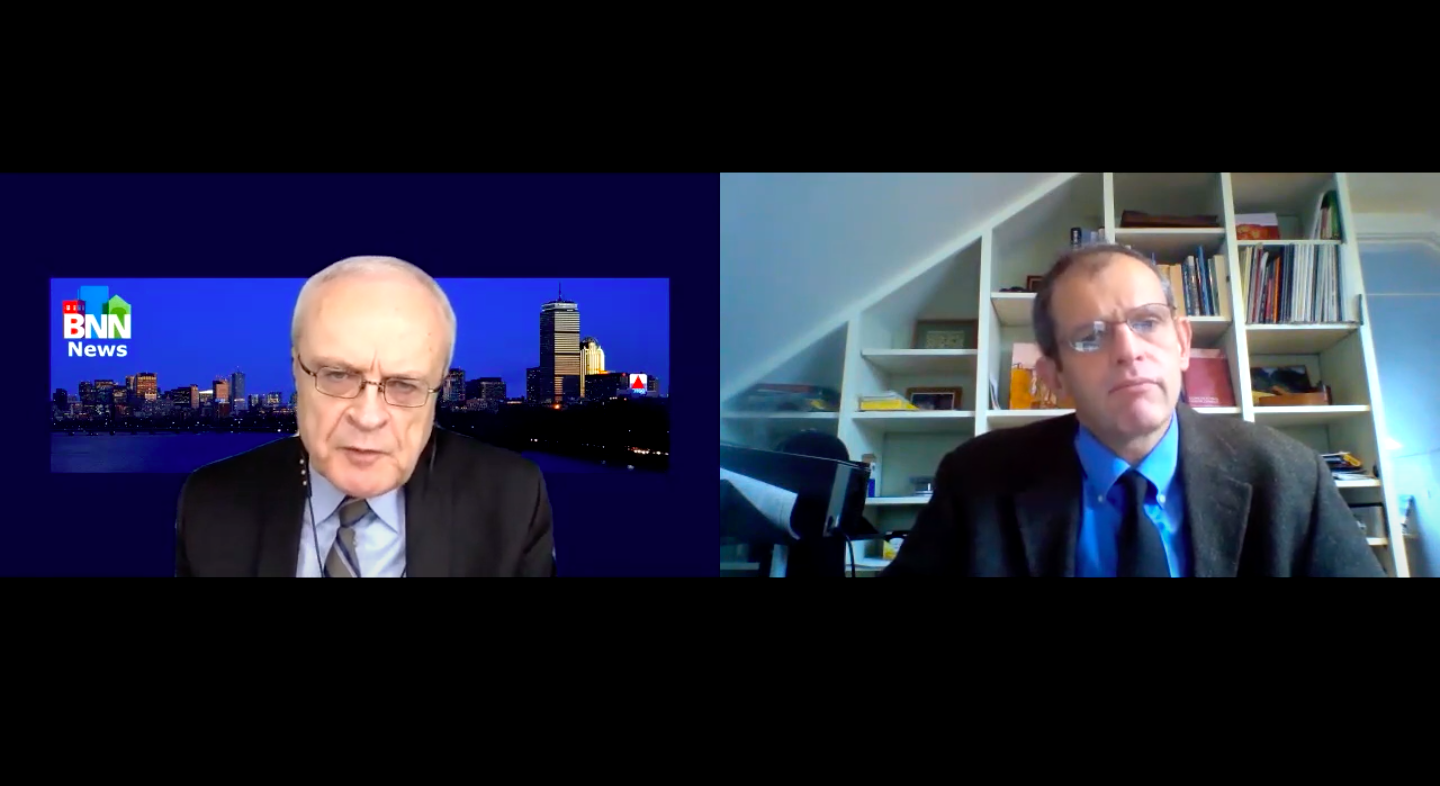 Colin Jones of the liberal-leaning Massachusetts Budget and Policy Center applauded the bill, calling it “a very significant move forward,” but added that the idea that there will be no need for new revenue over seven years to pay for it is “a lot to assume.”
While Worcester, for example, would have been required to increase its local education spending by $3 million under the Promise Act, it would have received $74 million in addition state aid, according to the Mass. Budget and Policy Center.

While details of how the bill now before the Legislature would affect individual districts have not been released, it would also mean an enormous increase in state aid to Gateway Cities in exchange for a small hike in local spending.

“They’ll make that trade easily,” said Jones, the Mass. Budget and Policy Center analyst. “They’re lining up for that.”

The Massachusetts Budget and Policy Center estimated this month that there are about 185,000 undocumented immigrants currently residing in the state.

Our Opinion: Modest tax reforms would have benefits

According to the Massachusetts Budget and Policy Center (MassBudget), an independent group that researches and analyzes the state’s finances, Massachusetts’ business tax levels rank in the bottom fifth of all 50 states. “Massachusetts currently has a favorable business tax environment, despite regular claims to the contrary,” writes MassBudget President Marie-Frances Rivera in the report. She adds that two specific business tax provisions “appear outdated, ineffective, and unnecessarily costly to the Commonwealth.”

The first provision, called the “single sales factor,” is tailored to multi-state corporations in the theory that it would increase manufacturing employment in the state. Instituted in 2000, MassBudget notes that the state lost 40 percent of its manufacturing jobs between 2000 and 2014 and there has been no resurgence since. The tax break has not come close to doing what it was intended to do, and according to MassBudget, will cause the state to lose $400 million in revenue in Fiscal Year 2020. A tax break this ineffective and costly cannot be justified.

Cabral hosted a caucus briefing where Massachusetts Budget and Policy Center analyst Colin Jones laid out the facts of competing school funding proposals and the challenges he sees as inherent in striking a deal.

"Allowing immigrants the right to drive is good for the economy and for your pocket," said Ben Echevarria, Executive Director of The Welcome Project. "The recent MassBudget study shows this bill would add about $6 million to state revenue and would lower individual's annual insurance rates by roughly $20. It's good for our economy and makes our roads safer."

In anticipation of the hearing, Rep. Barber also spoke at a Labor Day Rally in support of the bill, and at a Press Conference to release a report from MassBudget that shows the positive impact this bill would have on our Commonwealth.

Supporters of the legislation argued Wednesday that it would make the roads safer for everyone and ease the stress on the state's undocumented immigrants â€” many of whom already drive without a license, training or insurance. The Massachusetts Budget and Policy Center estimated Wednesday that there are 185,000 undocumented immigrants in the state.

Allowing undocumented immigrants to acquire driver's licenses could generate millions of dollars in revenue for both the state and for insurance companies, researchers at the Massachusetts Budget and Policy Center said in a report released hours before Wednesday's hearing. Undocumented immigrants already contribute about $184.6 million in Massachusetts state and local taxes and having a license could increase many immigrants' earning power and their tax contributions.

MBPC President Marie-Frances Rivera described the legislation as "economically sensible, and simply the right thing to do" at the Wednesday morning press conference.

"Licensing drivers without documents not only allows them and their families to access basic necessities, it also allows employers to access more qualified workers in our tight labor market," Rivera said.

Passing the legislation would likely generate $6 million in state revenue over the first three years and lower each Massachusetts driver's insurance premium by about $20 per year, which Rivera pointed out is enough to buy flowers on Mother's Day. It would also generate an additional $62 million in revenue for insurance companies, the report found.

Advocates pack State House hearing to support bill to expand driving privileges to all Mass. residents, regardless of legal status

An estimated 185,000 undocumented immigrants stand to benefit from this bill if it becomes law, according to the Massachusetts Budget and Policy Center. Currently, residents need to show a work permit or other proof of legal status to be eligible for a driver's license.

Testimony before the Joint Committee on Transportation on H.3012/S.2061, “An act relative to work and family mobility”

Testimony to the Joint Committee on Revenue on the EITC

Testimony to the Fiscal Management and Control Board on MBTA Fares

Video Explainer: Building an Education System that Works for Everyone

Testimony on H.3809 Before Joint Committee on Labor and Workforce Development

Testimony to the Joint Committee on Revenue on the Single Sales Factor Apportionment Formula, How It Works, and What It Costs