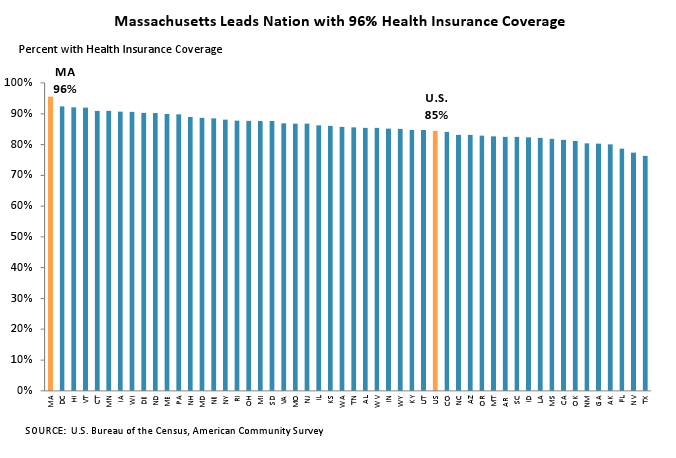 Unlike the data released earlier this month, the American Community Survey data allow for in-depth analysis of information at the state level, and allows for direct comparisons among states (without the need to use multi-year averages.) This year, however, is only the third year that this survey has included information about health insurance coverage, and because of changes in the survey methodology, the data are currently limited in the ability to analyze trends over time.

1These data are from the American Community Survey (ACS), a huge (close to three million) annual survey of American residents. This survey provides comprehensive and detailed information on a wide variety of household characteristics, including age, income, racial characteristics, and detailed information about housing. The Census Bureau has been conducting the ACS since 2000, and in 2008, the ACS survey began asking questions about health insurance coverage. Earlier in the month, the Census Bureau released data from the Current Population Survey Annual Social & Economic Supplement (CPS), which MassBudget reported on here: http://massbudget.org/802. The CPS annual data release uses a much smaller sample size (only 100,000 addresses), and in order to make comparisons among states, with the CPS one must use multi-year averages. The ACS is the preferred survey for understanding state level health care and poverty data, but because it is relatively new one cannot use this survey to examine trends over long periods of time.