Value of Minimum Wage Is Eroded Quickly by Inflation 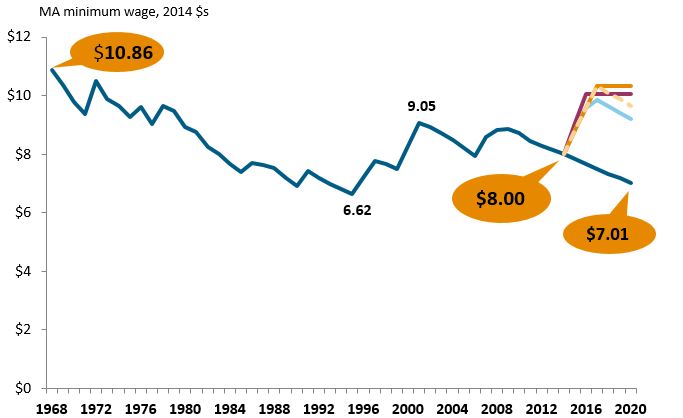 Currently, there are three different proposals before the Legislature to raise Massachusetts’s minimum wage. Each proposal takes a phased approach, raising the wage in steps over a number of years. When the phase-in periods are complete, two of the three proposals then begin making automatic adjustments for inflation (also called “indexing”), to keep pace with the rising cost of living. Once indexing begins, this will maintain the real value of the wage in future years for these two proposals.

Prior to the start of indexing, however (i.e., during the phase-in period), inflation will gradually reduce the real value of the stepped wage increases, even as they occur. Thus, while a minimum wage worker may eventually be paid as much as $11/hr. in 2016 dollars, this 2016 wage would be worth the equivalent of only $10.43 in today’s dollars. (See chart, below. Note: because several proposals share identical stepped increases, some lines overlap.) This is substantially less than the real value of the minimum wage in 1968. For any proposal that does not include eventual indexing, the real value of the wage would decline, due to inflation, with each passing year (again, see chart, below). 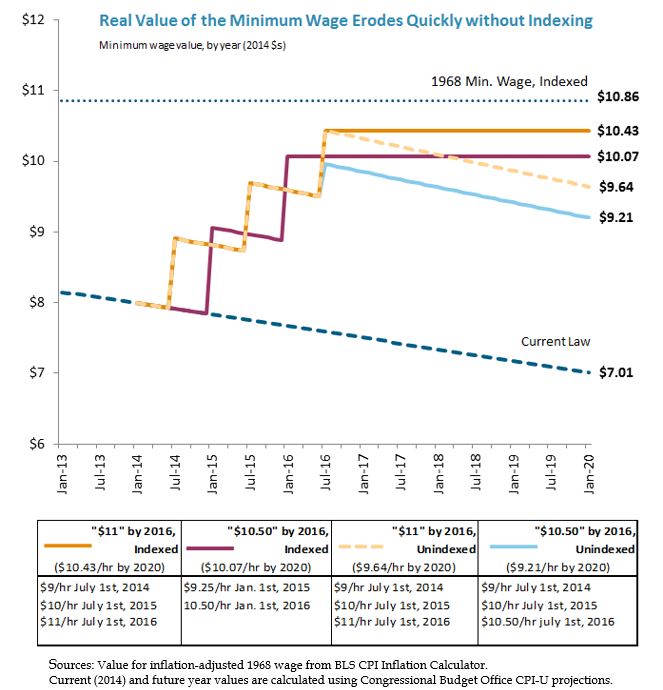