What follows is a factsheet summarizing the major findings of our complete report, Business Tax Breaks in Massachusetts.

By special business tax breaks, we mean tax breaks that: 1) apply to businesses, and 2) have as their most basic rationale the effort to bolster economic development (other kinds of business tax breaks include those designed to minimize double-taxation and those which mirror the federal tax code). 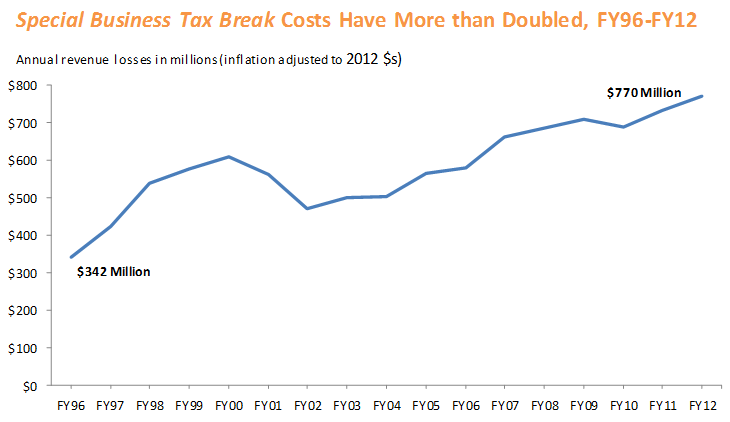 To be clear, these tax breaks do not account for a very large portion of our economic resources. They are small relative to the size of the economy, and also small relative to the total cost of the tax cuts Massachusetts has enacted since FY 1996. Still, spending on special business tax breaks has grown, and the rate of growth is high compared to other major facets of state government.

By way of comparison, the amount of money being spent on Education, Local Aid, Human Services, and Law & Public Safety was either flat or declining, when adjusted for economic growth. Health Care costs did increase, but at roughly half the rate of special business tax breaks. 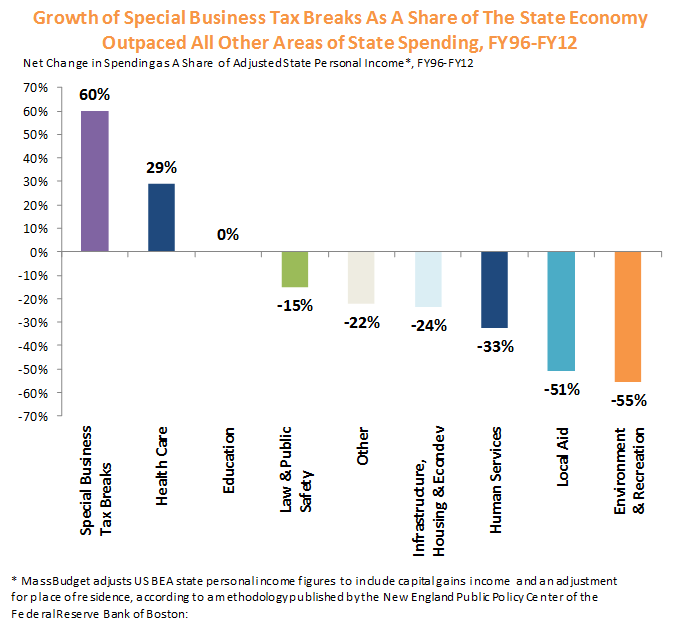 Our full paper, Business Tax Breaks in Massachusetts, describes these findings and others in greater detail.