The Minimum Wage for Tipped Workers 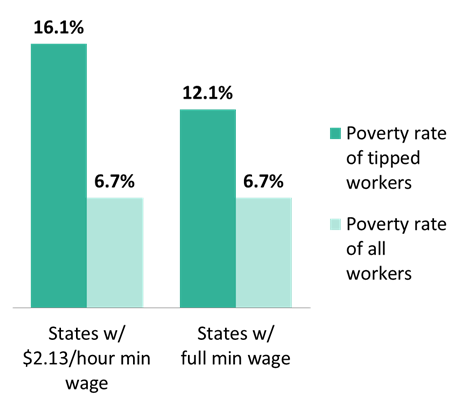 Eighty eight percent of tipped workers are adults and 73 percent of tipped workers are women. Thus it is adult working women whose ability to support themselves and their families is most affected by the tipped minimum wage rate. Some of these are very low wage workers struggling to escape poverty. Others are making $20,000 or $30,000 a year or more. Policies that raise the wages of these low and moderate income working women will help them to be able to support themselves and their families. 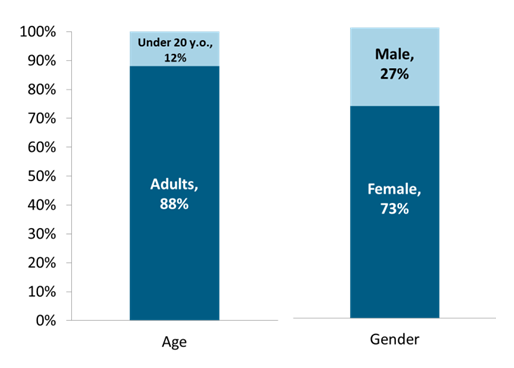 Source note: Data from the Economic Policy Institute's Waiting for Change and MassBudget's The Declining Value of the Tipped Minimum Wage in MA.