Appendix A: Poverty and the Role of Social Programs

The official poverty measure produced by the U.S. Census Bureau has limits. It uses a poverty threshold—the level against which household incomes are measured—that is based on the cost of food in 1963 (multiplied by three and adjusted for inflation) and does not account for housing or costs related to employment (such as child care and transportation). It counts only cash income and thus does not account for the effect of income transfer programs, such as the Supplemental Nutrition Assistance Program (SNAP, formerly known as Food Stamps). It also measures income on a pre-tax basis, and thus does not reflect income, payroll and other taxes paid or tax credits, such as the Earned Income Tax Credit (EITC), received.

Recently the Census Bureau has begun to publish a Supplemental Poverty Measure (SPM) based on a set of calculations that incorporates additional components such as those noted above. The SPM calculates income using a wider definition of resources that includes non-cash benefits like SNAP, as well as other resources such as housing subsidies, reflects tax payments and credits, and subtracts out-of-pocket medical and employment-related costs. It measures this income against a threshold that uses current data on consumer expenditures on food, clothing, shelter and utilities, and that varies depending on whether a household rents or owns its home, and whether or not it has a mortgage on a home that is owned. Under the SPM, the 2013 U.S. poverty rate is higher than under the official measure, 15.5 percent compared to 14.5 percent.1 NOTE: The figures above compare two different measures for the national poverty rate, which are estimated using data from the Current Population Survey (CPS). Estimates for state-level poverty rates are generated using data from a different source, the American Community Survey (ACS). For a more detailed discussion of the differences between these two surveys, see Appendix B. In the Poverty section of the State of Working Massachusetts report, we focus on state-level estimates. We also provide accompanying, national estimates which - unlike the official national poverty estimate – are based on ACS data to allow for a better apples-to-apples comparison with state-level estimates. Accordingly, these national estimates will differ from the official U.S. poverty rate, which is generated using CPS data.

Shifts in the Poverty Rate Using the SPM

The increase in the poverty rate under the SPM does not simply reflect a higher number of people in poverty. Rather, the use of new criteria to set the poverty threshold and measure income leads to a shift in the demographic composition of those in poverty, as people who were previously counted as poor are now above the threshold and others who were not considered poor fall below the threshold. For example, in 2013, under the SPM, the share of children in poverty across the U.S. drops from 20.4 percent to 16.4 percent, while poverty rates among adults and the elderly rise.2 These shifts reflect the fact that the official poverty measure does not account for the EITC and Child Tax Credit (which tend to lift households with children out of poverty), and also does not account for medical out-of-pocket costs (which tend to be higher for adults, particularly those over 65).

The Census Bureau has provided data for 2013 showing how the poverty rate changes when certain components of the SPM calculation are excluded. This information allows us to better understand the role of social programs in reducing poverty. For instance, when refundable tax credits such as the EITC and the Child Tax Credit are excluded from the SPM measure, the share of all people in poverty rises from 15.5 percent to 18.4 percent.3 Put another way, the EITC lifts more than 9 million people out of poverty each year. The 2013 SPM release marks the third year in which state-level data are available (due to sample size, the Census Bureau provides only three-year average estimates for state-level poverty rates).

Data on income, wages and poverty (among other information) are collected by the U.S. Census Bureau using two different annual surveys, the Current Population Survey (CPS) and the American Community Survey. Due to the large number of households that are surveyed annually by the U.S. Census Bureau for the ACS, this survey provides the most accurate data on state-level measures such as median household income. The Census Bureau, however, first began collecting data using the ACS in 2000, meaning that ACS data exist only for the last ten years. To examine changes over longer periods of time, the best data available come from the Census Bureau's Current Population Survey (CPS) which provides data running back to the 1940s.

Because the data from the ACS and the CPS are collected using different methodologies, there are differences in the results from the two surveys; estimates of various measures (such as median household income or poverty rate, for example) may not agree perfectly between the two surveys. These discrepancies can be observed in some of the charts and discussion presented in this report.

Like most researchers, for recent state-level data we rely on the ACS, while for analyses of historical trends, we rely on data from the CPS. 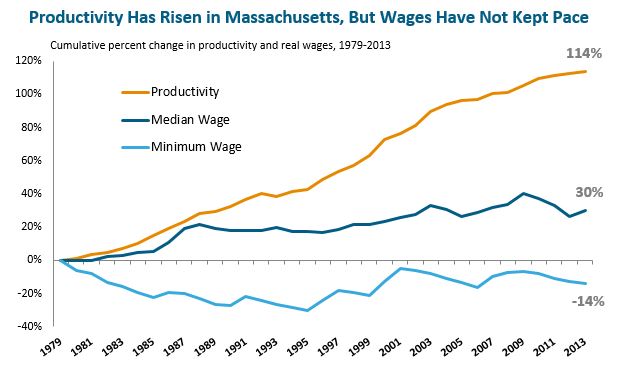 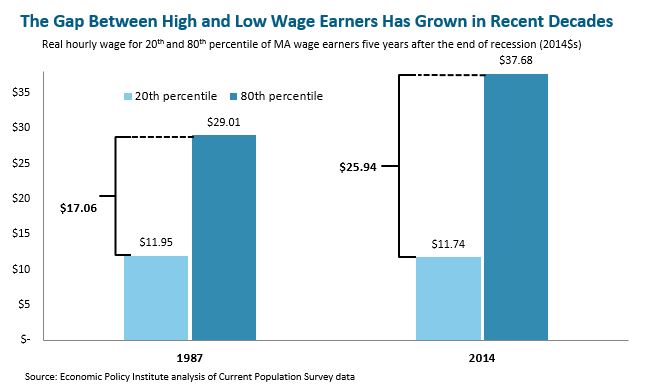 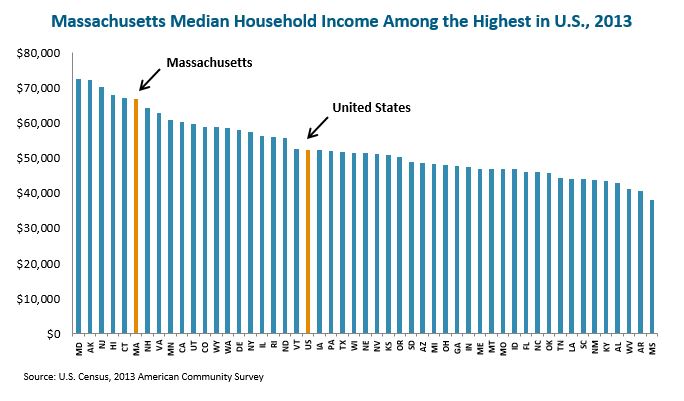 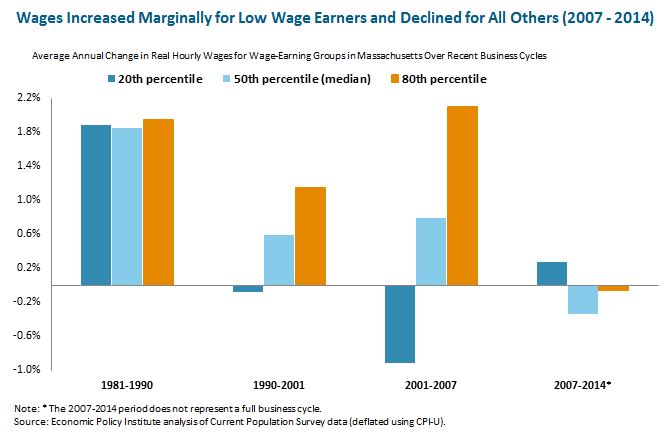 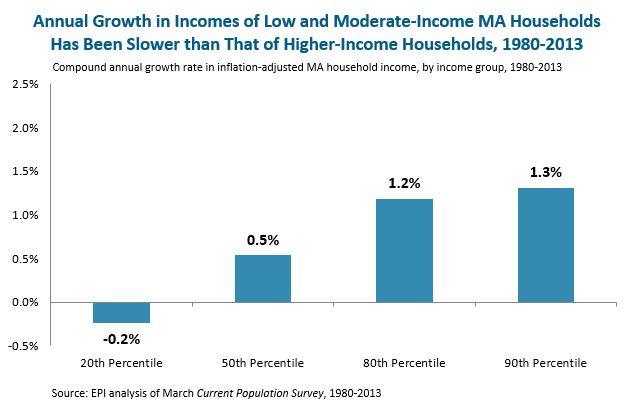 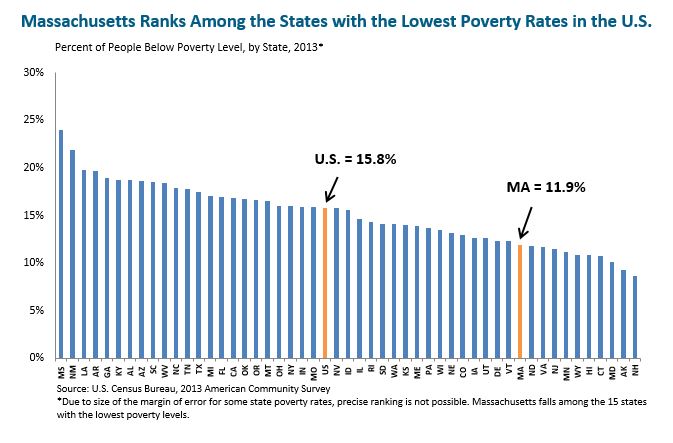 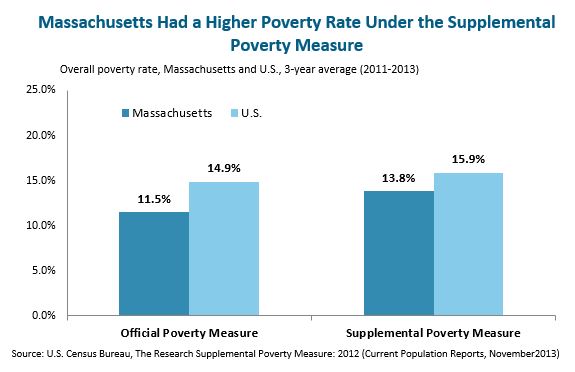 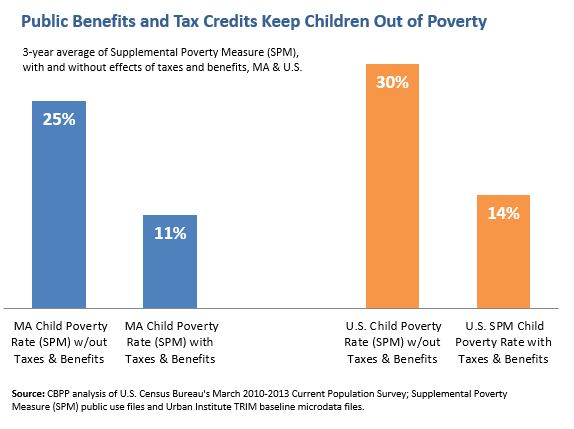 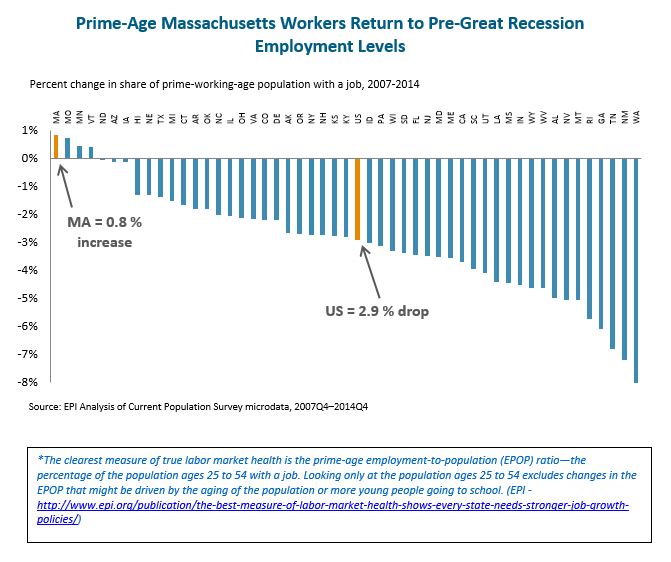