Since the 1970s, the fundamental structure of our economy has shifted in ways that has left most workers treading water rather than moving ahead. And as many workers struggle to make ends meet, battling against flat wages, those with more education have fared better over the last 30 years.  Highly educated workers have seen their real wages grow at faster rates, and their median hourly wages are nearly twice as high as those with only a high school degree (see charts below). In addition, highly educated workers also tend to have lower levels of unemployment. 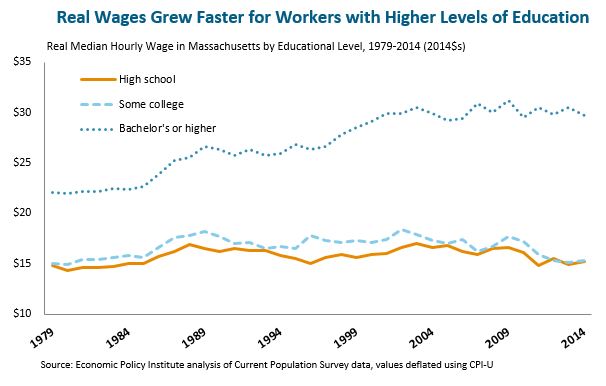 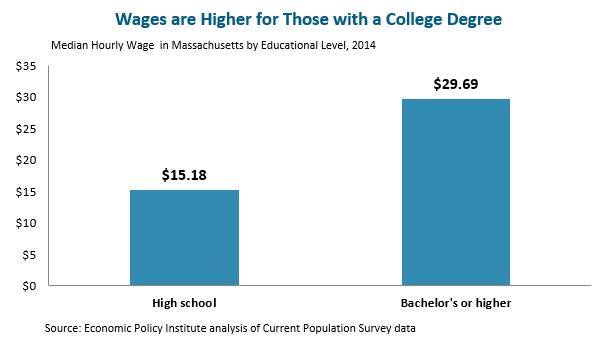 Helpfully, the workforce in Massachusetts has grown increasingly well-educated over the past three and a half decades, which is good both for our state economy and for our workers. Since 1979, the share of Massachusetts workers with a college degree has more than doubled (see chart below). 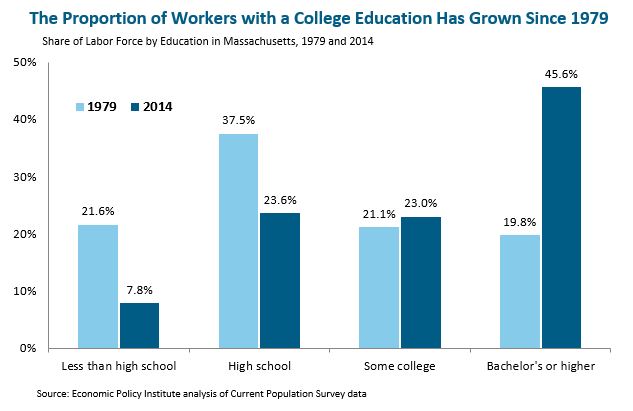 This is important (among other reasons) because states with better-educated workers tend to have economies that create higher-paying jobs (see A Well-Educated Workforce is Key to State Prosperity). Given that Massachusetts is the national front-runner in educational attainment, it’s not surprising that we are also the state with the highest median wage (see charts below). 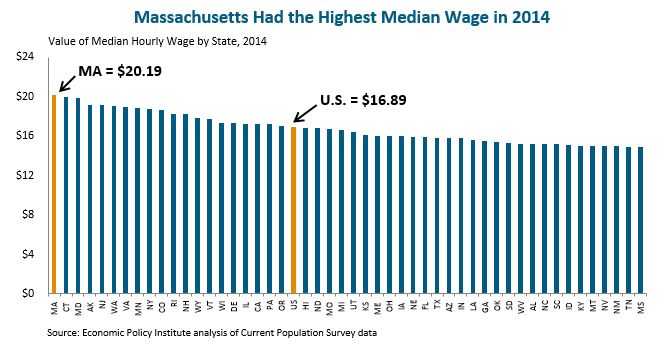 The positive link between the educational attainment of a state's workforce and its median wage, however, has not always been so strong.  As the charts below illustrate, the link was quite weak in 1979, but has grown much stronger by 2014. The increased connection between educational attainment and wages is likely related to larger structural changes occurring in national labor markets and in the global economy over this period. Thirty years ago it was easier to find a manufacturing job that - in part due to strong unionization in this sector - paid relatively high wages, even to people with lower levels of education. Today, many of these jobs have disappeared from the U.S. economy. Now, higher-paying jobs tend to require a college degree. 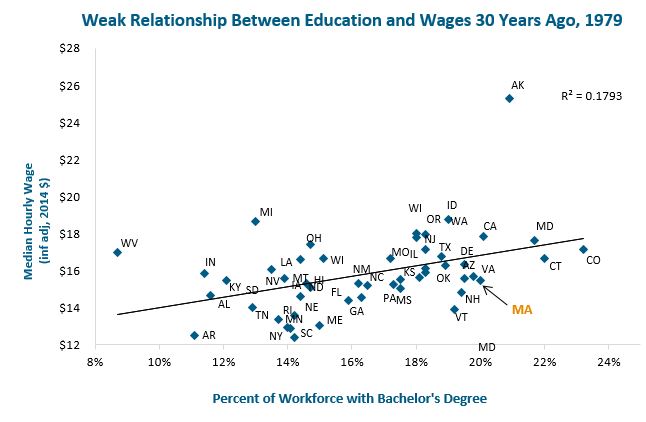 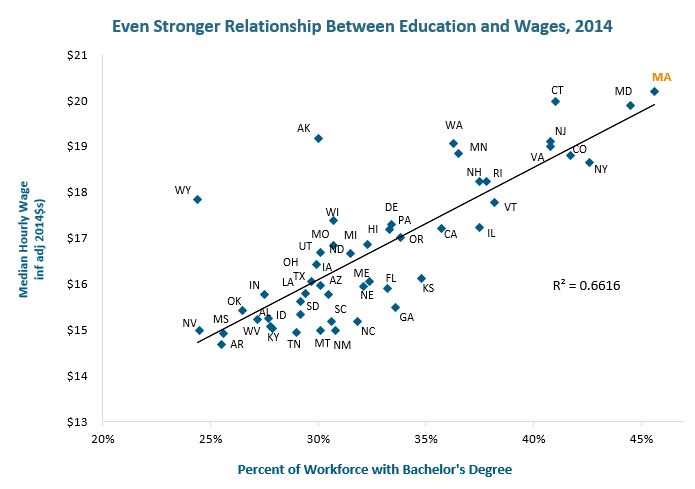 Higher levels of education, however, do not guarantee a high income or strong, sustained wage growth. As discussed in the Wages and Income section of this report, real wages for most income groups have been weak to stagnant - or some cases, have declined - since the 1970s. While there have been very modest wage and income gains for some workers in the last year or two, the disturbing, long-term pattern of wage and income stagnation for most workers has continued during the Great Recession and the subsequent recovery.  Notably, workers with high levels of education have not been immune from this pattern – in fact, when workers are grouped by educational level, we see that all groups have suffered wage losses since the onset of the Great Recession (see chart, below). 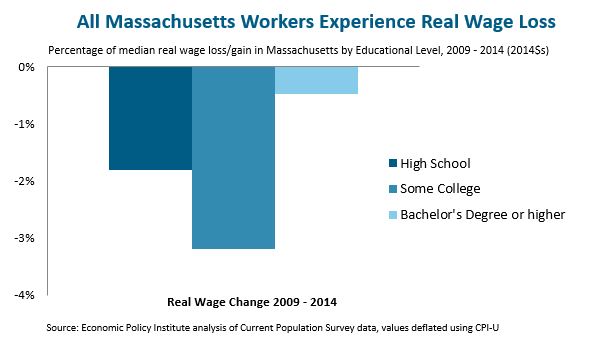 The trend of wage and income stagnation for most workers is not simply a “skills mismatch” story – even well educated workers have suffered losses in recent years and have lower wages today than a decade ago. A new set of policies is needed to reconnect wages to productivity growth and connect workers – of all income and education levels – to opportunity.