Over the past year, job growth in Massachusetts has increased at a steady pace. Though long overdue, this more positive trend is exactly what workers have needed in order to regain ground lost during the Great Recession and the long recovery that has followed. The Great Recession is the worst on record for the U.S. since the Great Depression in terms of the peak share of jobs lost. By this measure, the bottom of the downturn was reached in February of 2010, at which point the U.S. had shed 6.3 percent of the jobs it had in December 2007, the official start of the recession. 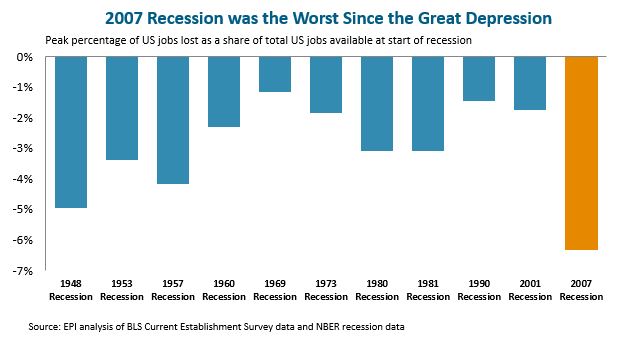 While many workers experienced deep economic struggles during this period, our state’s workers have seen stronger job growth during the subsequent recovery period than most workers around the nation. Additionally, employment levels are higher today than they were before the Great Recession; in fact, the Massachusetts economy now has 157,000 more jobs than it did when the recession officially began in December of 2007. 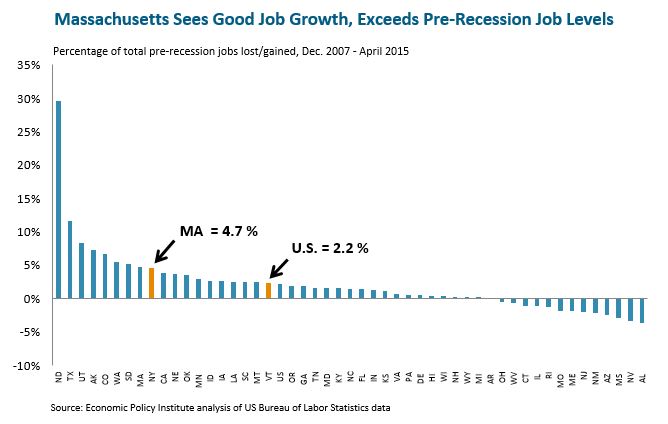 Yet it remains to be seen how long it will take for this job growth to produce meaningful wage gains across our economy. As the national labor market tightens - and employers therefore need to compete more aggressively to attract and retain workers - wages should begin to rise. Both regionally and nationally, however, workers have yet to see much in the way of wage gains, and in fact, many workers have suffered real wage declines (see the chart below and the Wage & Income section of this report). Unfortunately, job growth is not synonymous with meaningful tightening of the labor market: population growth and the presence of substantial numbers of workers currently sidelined by still-limited job opportunities all add to the pool of potential workers, keeping the national labor markets slack.1 As a result, even highly-educated workers have seen stagnant or declining wages since the start of the Great Recession (see the Education & the Economy section of this report). 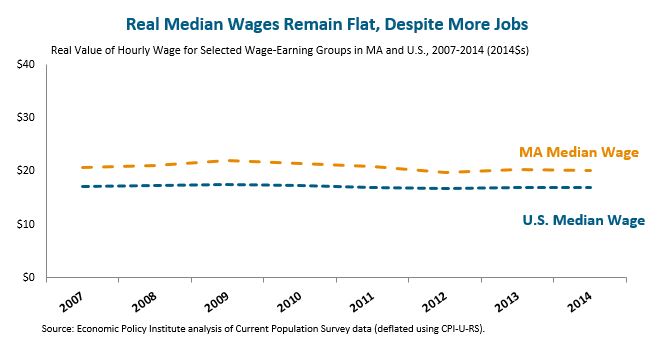 Despite the poor - and in some cases negative - wage growth of the post-recession period, there are both low and high wage industries in Massachusetts that have shown notable employment gains over the last year (see chart below). 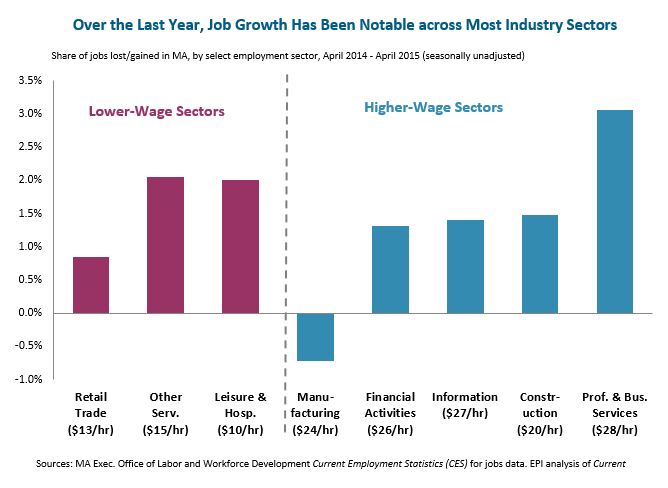 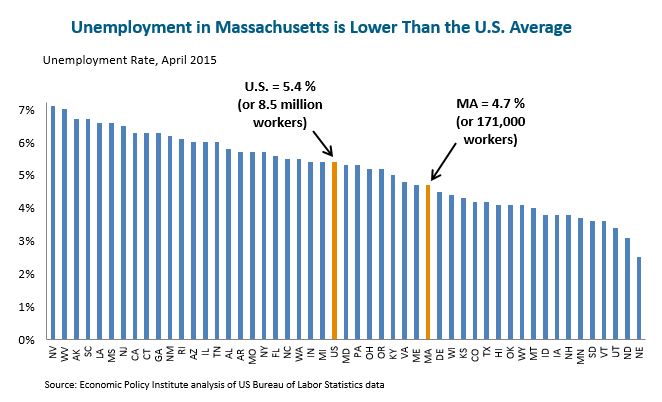 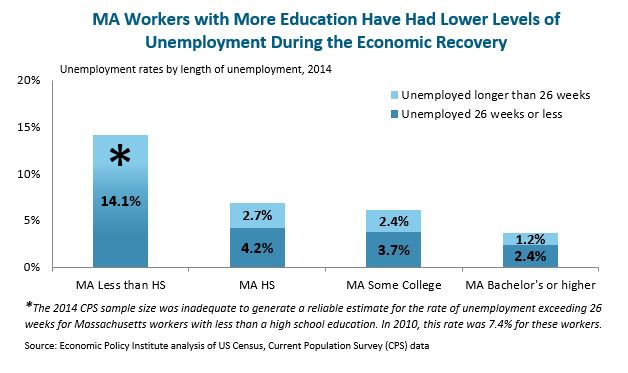